We are just back and refreshed after a great trip to the Rowley Shoals. We took a quick break from our Broome fishing charters and Broome Snubfin Dolphin Cruises to do an extended stay trip out to the coral atolls 300km north west of Broome. 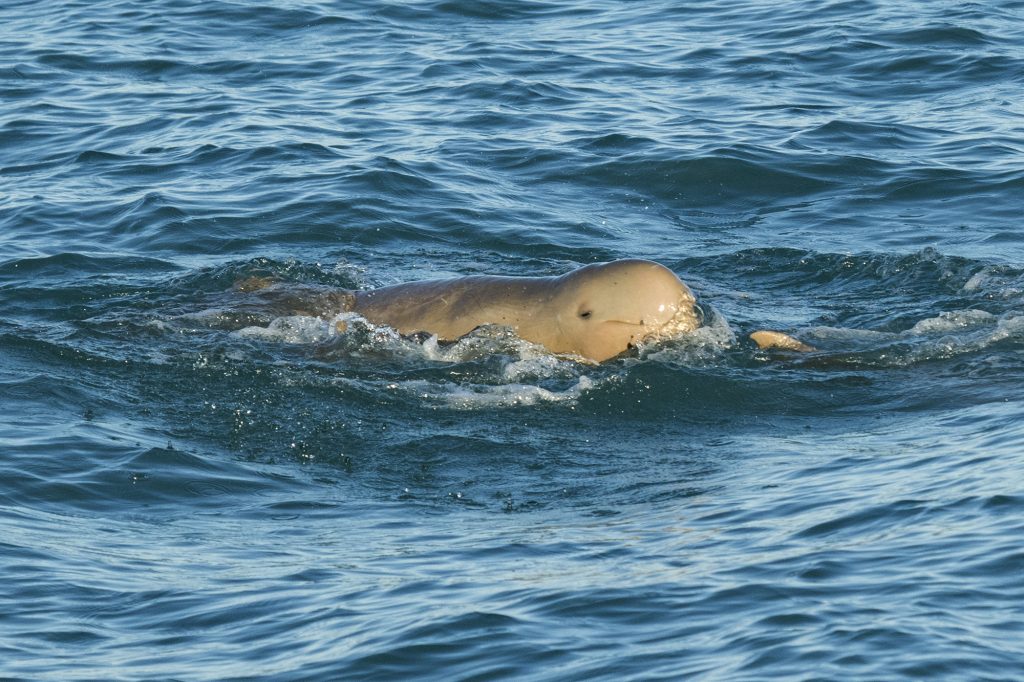 It was a busy couple of days before we departed as we had a sunset snubfin dolphin cruise on the Wednesday arvo, a Broome fishing charter on the Thursday and we departed that afternoon for the 15hr drive to the Rowley Shoals.

We were greeted by the standard 20kt westerly as we rounded entrance point and set a northwest course to the Rowley Shoals. The oncoming waves had a few of the younger and older crew looking a few shades greener than normal. We all pushed on prepping fishing and dive gear and getting ready for the next few days of action. After a delicious dinner of Kel’s famous lasagne and salad, most of the crew retired to their bunks to dream of crystal clear water and fish jumping in the boat. The wind abated around 10pm and we were treated to a magic night travelling with the moon lighting the big blue highway. We all shared the watch keeping duties throughout the night and when the sun came up the next morning and revealed the perfect weather over deep blue ocean the feeling amongst the crew was ecstatic.

We impatiently waited the final couple of hours until we finally arrive at the Rowley Shoals. After negotiating the tight channel into the lagoon, we picked up our mooring and looked at our options. What to do first!! A refreshing swim was the general consensus so we loaded the snorkeling gear into the tenders and headed to the outer edge of the reef for a look.

When you first enter the water it’s hard to know what to expect if you haven’t seen it before, the water clarity is unimaginable! It’s possible to see the bottom 40 to 50m away and see all manner of corals, fish and sharks circling around underneath. The best snorkeling is in the shallower water on top of the reef, you get a great view of the schools parrot fish feeding on the reef like herds of grazing wilder beast. White tip reef sharks cruise past and the colours and variety of the coral in this shallow water is absolutely amazing! The best part of the snorkeling at the Rowley Shoals would have to be the drift diving through the dingy channels. On a low tide, all the water runs off the reef, it leaves the reef exposed and only a couple of narrow channels allow you to enter and exit the lagoon. Before the tide turns the water will still be flowing out of the lagoon through the channels and if you jump in the water at the mouth or the channel you are quickly swept away by the current and get an awesome view of the coral, fish and sharks feeding in the high flowing water. A highlight is the larger fish waiting at the end of the channel to catch and smaller fish that get swept out with the tide. Our kids nicknamed these dives the ‘superman dives’, as you literally don’t have to kick your fins and you feel like you flying along like superman.

We spent the next 4 days doing as much as possible. We spent plenty of time fishing in the lagoon, diving with the hookah air compressor on the inside and outside of the atoll, we trolled the deep drop-offs on the outside of the atoll for large pelagic fish and spent some time on the small sand island exploring and swimming. All while coming back to the Contessa C for some amazing food at the end of a hard day…… usually washed down with one or 2 cold beverages and some truly amazing sunsets. We love our job doing Broome fishing charters and Broome Snubfin Dolphin cruises but it’s awesome to take a little break and experience this amazing place.

There is one section of the lagoon marked as a recreational area, this means you are allowed to fish there. Although, many of the species you catch are protected and must be returned to the water we still managed to get a few fish that we could eat for dinner. This part of the lagoon is from 5 to 10 m deep mostly with bombies that come up to the surface. We found the best method for fishing was to troll lures around the bombies, it usually didn’t take long and you were fighting a fish that was doing its best to take cover in the reef. We caught loads of Coral Trout, Humphead Maori Wrass and Cod which all must be released. We caught a few Long Nose Emperor and kept a couple of these for dinner and we even caught a few species we had never seen before….all being released of course. This was a great way to fish with the kids as there was always action, no getting bored waiting for a bite. We also had lots of success fishing soft plastics and jigs on light gear, casting near the bombies and trying to get hooked fish off the reef. This was awesome fun on light tackle although we did lose a bit of tackle to the reef. 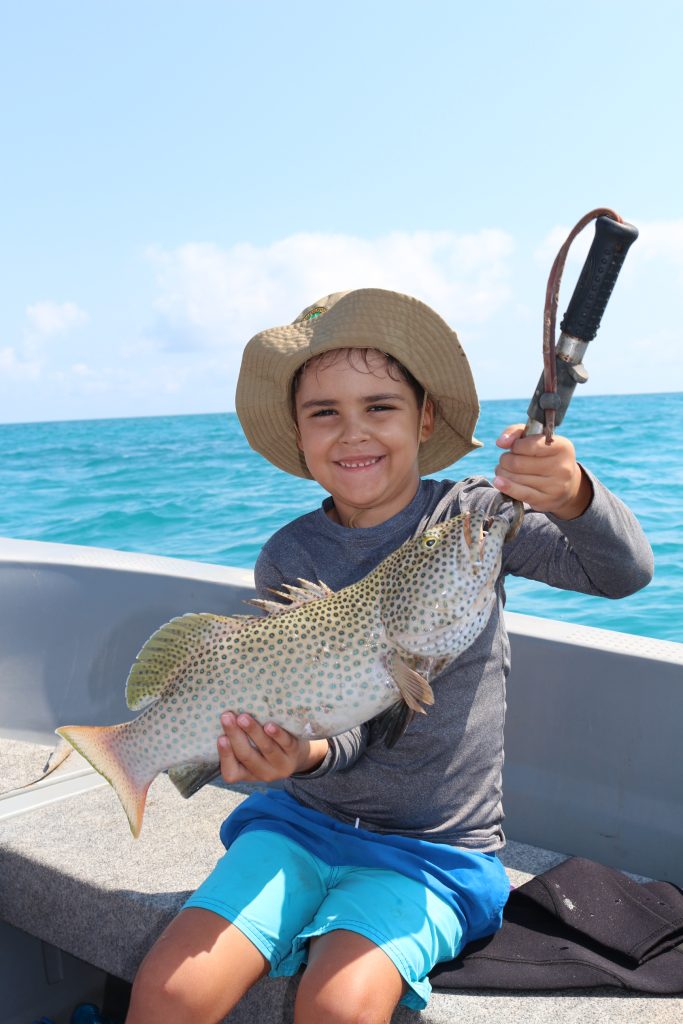 The diving at the Rowley Shoals is nothing short of spectacular. We opted not to take any tanks on this trip and just used our hookah compressor rigged up in one of the tenders. The compressor is good for 2 divers up to 30m, my preference is diving the 10m to 15m range where the coral is more prolific. We had so many great dives, one dive for Anthony and myself was pretty hard to top though. We set the dingy adrift at one of the bombies not too far from Bedout Island. We had a slight westerly wind and an outgoing tide so the boat drifted east towards the main channel. We spend the next 40mins cruising over acres of staghorn coral, big brain coral bombies, numerous other soft and hard corals and the fish life is indescribable….. there is just so many different types of fish, there must be literally thousands of varieties of small reef fish along with loads of larger predatory species including schools of Giant Trevally and Red Bass. Towards the end of the dive we could feel ourselves drifting quicker and we both looked at each other knowing we might be lined up for a drift through the channel. A quick check of the tender confirmed this and I ascended back to the bottom to enjoy the ride. We did this channel drift quite a few times but this particular time we must have caught the tide at its peak. We were humming along and I was glad to be diving with an experienced diver like Anthony, as it was no place for inexperience. A pass with the tender later confirmed we were drifting at around 4 knots and the up and down currents were amazing, I have never seen an air-filled hookah hose dragged under by the current. Before we knew it, we were sucked out of the channel, passed all the pelagic fish waiting to ambush any prey and out into the blue abyss. Truly amazing diving!! 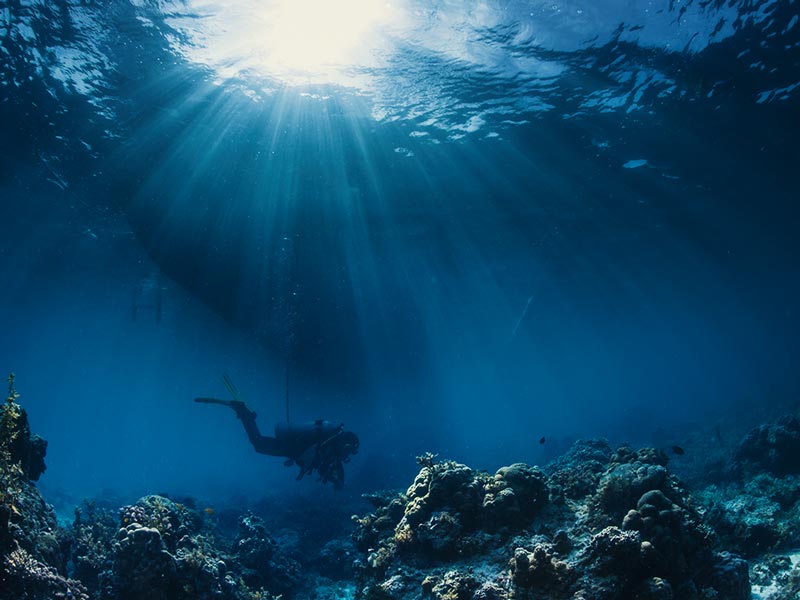 Our first experience with pelagic fishing on the outside of the atoll was a quick troll with the tenders and kids up near the outside mooring. Jesse managed to land the first fish which was a rather large long tom that was quickly released. Anthony hooked up on something solid and by the time his crew could get the other rods in he got spooled…. This made us rethink our tactics for the next adventure. Early on the second day a couple of us were up early and loaded up some heavy weight gear into the tender and headed north up to the top of the atoll. It wasn’t long before we came across a pod of dolphins, hopefully a good sign! A little more trolling and one reel screamed into action, a quick fight had the fish near the boat but was then smashed by sharks. Presumably a tuna that would have made a nice lunch. Wasn’t too much longer and we crossed a current line and again, one reel screamed and the rod buckled. This time I could see a rather large marlin lunging across the surface of the water with our lure in its mouth. As calmly as possible we reeled in the rest of the gear and I settled in to fight the big fish. We regained a bit of line before the big fish screamed off with another couple of hundred metres of line. The fish pulled up and I began retrieving some more line when the weight disappeared, I first though the fish might be swimming towards us but it wasn’t the case…. 10 minutes in and the line had parted. It’s fair to say there may have been a few expletives bantered around the tender. We observed loads of sailfish free jumping and with some persistence and nutting out what works we could see ourselves boating heaps of big fish at the Rowley Shoals. 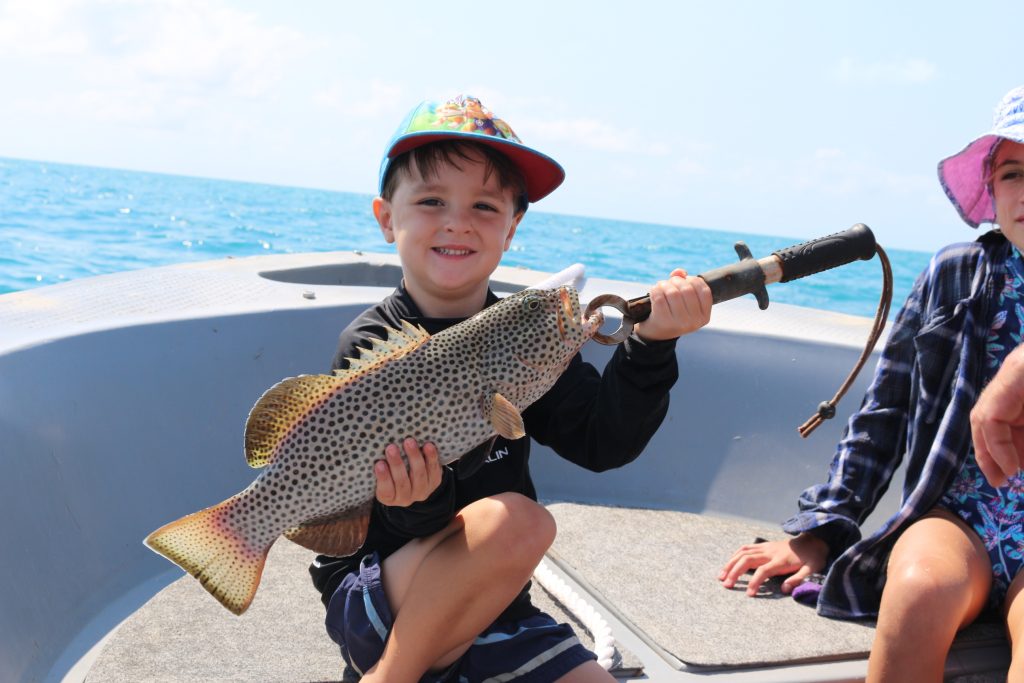 Monday would be our last day at the Rowley Shoals and we would head back to Broome to continue our fishing charters and snubfin dolphin tours. We took advantage of the midday high tide and negotiated the channel out of the lagoon with Contessa C. We spent the final afternoon trolling the drop off to the south of the atoll in search of one last billfish. With no fish on the cards we couldn’t resist one last dive and snorkel on the outside wall. After dinner and a quick clean-up, we retired to our beds to dream of the next time we could visit the Rowley Shoals! 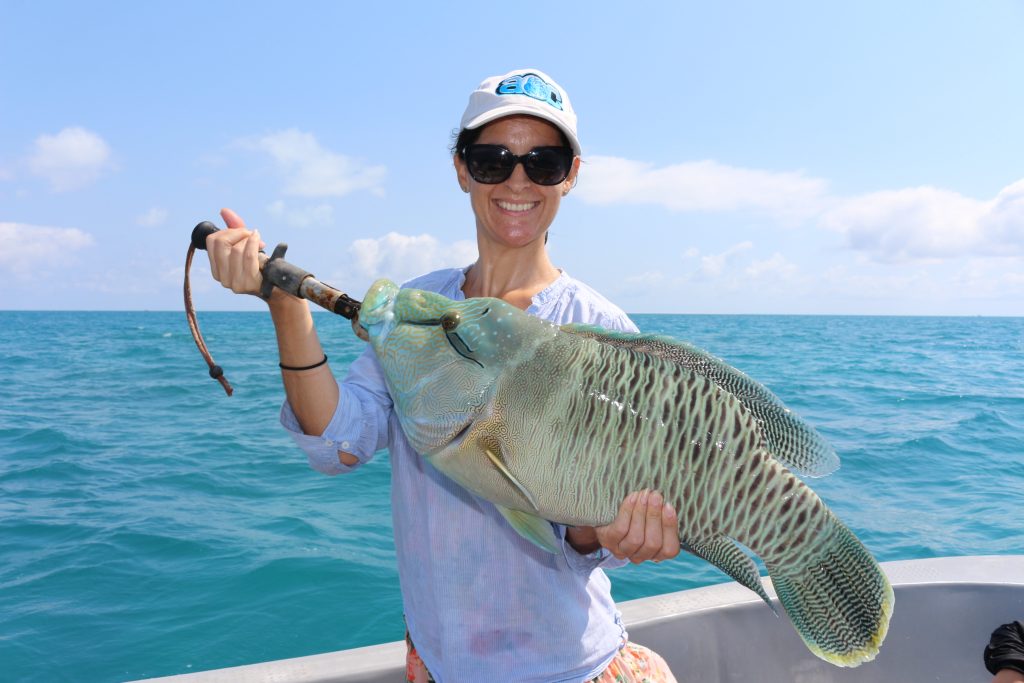 We are now back doing our Broome fishing charters and Broome Snubfin Dolphin Cruises but if you have never visited the Rowley Shoals and would like to go please don’t hesitate to get in contact with us. We would love to take you out there!