What amazing cruises we have had on our Broome Snubfin Dolphin Cruise with Absolute Ocean Charters! Guests who have joined us on our amazing dolphin tour that cruises along Roebuck Bay have been treated to a variety of different marine wildlife, from sea turtles to manta rays to, of course, our endemic Australian Snubfin Dolphin.

Guests on our Kimberly dolphin cruise are taken into Roebuck Bay, and learn about the importance of its marine park status. From its status received in 1996 as a RAMSAR protected area due to the 11,000 different species of migratory birds that fly into Roebuck to it being declared one of Western Australia’s newest and largest marine parks, guests really appreciated the true value of Roebuck Bay.

So when the wildlife started appearing, the appreciation of Roebuck Bay Marine Park deepened as guests were presented to an incredible variety of marine wildlife! Guests on our Broome Snubfin dolphin cruise spotted numerous sea turtles, and were able to see shore birds such as pelicans and the brown boobie. One of the more spectacular scenes guests were lucky enough to witness was a rare scene of a manta ray breaching off the side of the boat! 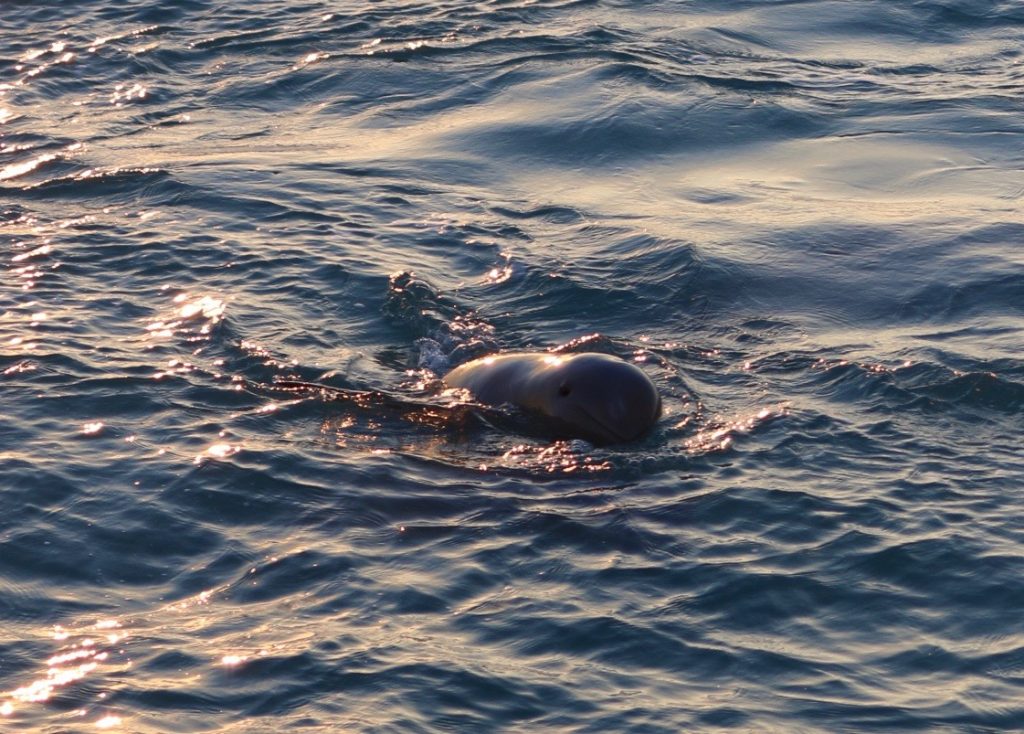 Our dolphin tour of course did not fail to deliver on the dolphins. Guests saw small pods of bottlenose dolphins, and observed their truly amazing social structures. Guests were lucky enough to see some mating behaviour, as well as some play behaviour. We were also lucky to observe some bow riding along the side of the boat, which made for some amazing photos! To see these incredibly social and playful animals up close was a delight to see.

But of course it was our Australian Snubfin Dolphins, affectionately called “snubbies”, which we wanted to see on our Broome Snubfin dolphin cruise and they delivered. These incredibly unique species are a joy to watch. One of the smaller members of the dolphin family, the Australian Snubfin dolphin was only discovered as a new species in 2005. Unique in that they don’t have a rostrum, and their dorsal fin is a smaller, “snubbier” triangle shape, guests took delight in seeing them, with many commenting they were a dolphin unlike they’ve ever seen before. A very social dolphin within their pods, guests witnessed mating behaviour and play, including playing with seaweed as part of a game.

We can hope you too can join us on our Broome Snubfin dolphin cruise with Absolute Ocean Charters. This wonderful dolphin tour into Roebuck Bay along the Kimberley coast is truly a memorable experience.