Now that we have finished our Broome Fishing Charters for 2017 and Contessa C is parked up in the Port Bouvard Marina, we now have a little time to look back on the year that has been.

Back in February we slipped Contessa C at the Mandurah Marina for the first time, we found it well equipped and saved loads on travel time. The drive from Port Bouvard to Henderson can be a little time consuming with the Perth traffic. Refit was done and dusted fairly easily in the time frame we had allocated as we didn’t have too many major works planned. 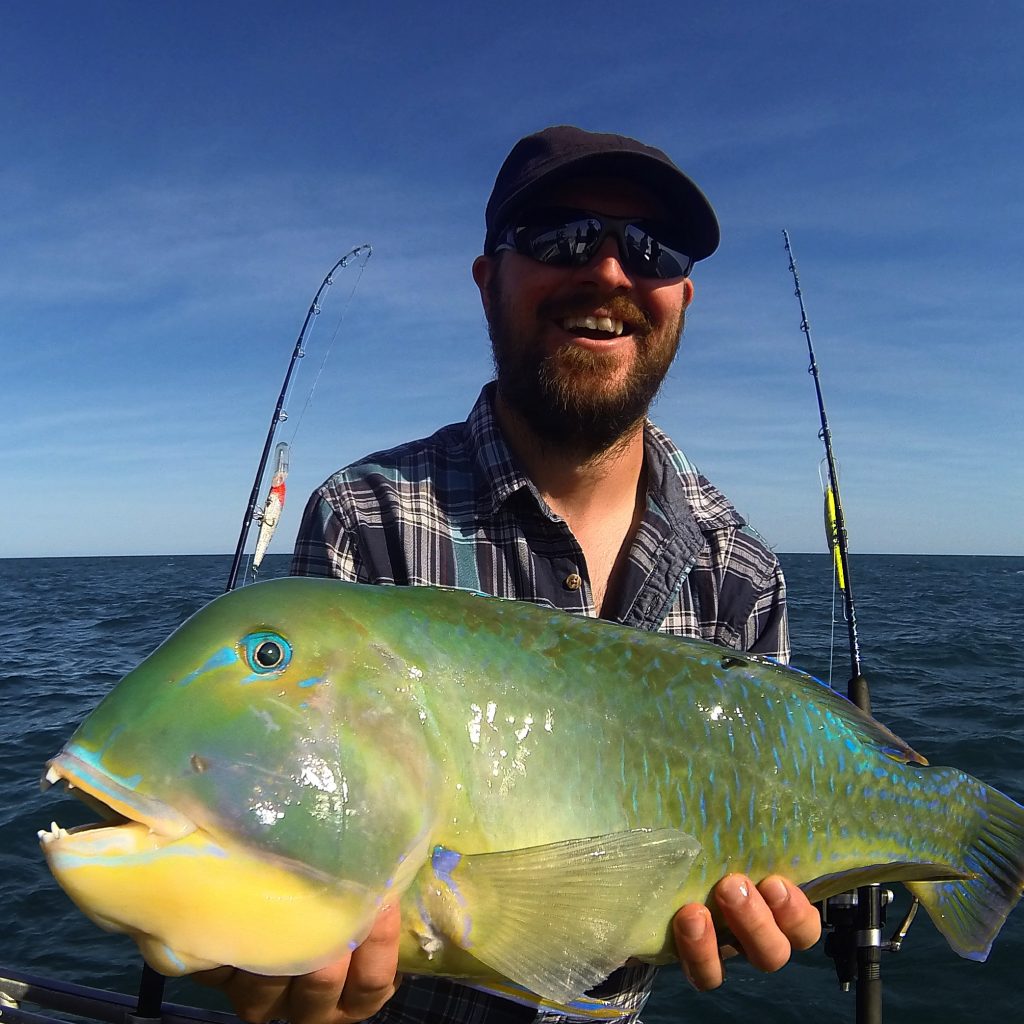 March 10 Contessa was lowered into the water and that day we loaded up and began the trip back to Broome. The trip back was mostly good weather and we were able to stop along the way catching a few fish and diving for a feed of crayfish. One of the highlights was a nice Wahoo off Kalbarri. By the 17th we were on the Roebuck Bay mooring and gearing up for the season.

Easter fell early and it coincided will a cyclone off the coast. This combination let to a slower Easter period than normal but it didn’t take long and the customers were lining up to get on Contessa C for a trip on our Broome Fishing Charters. 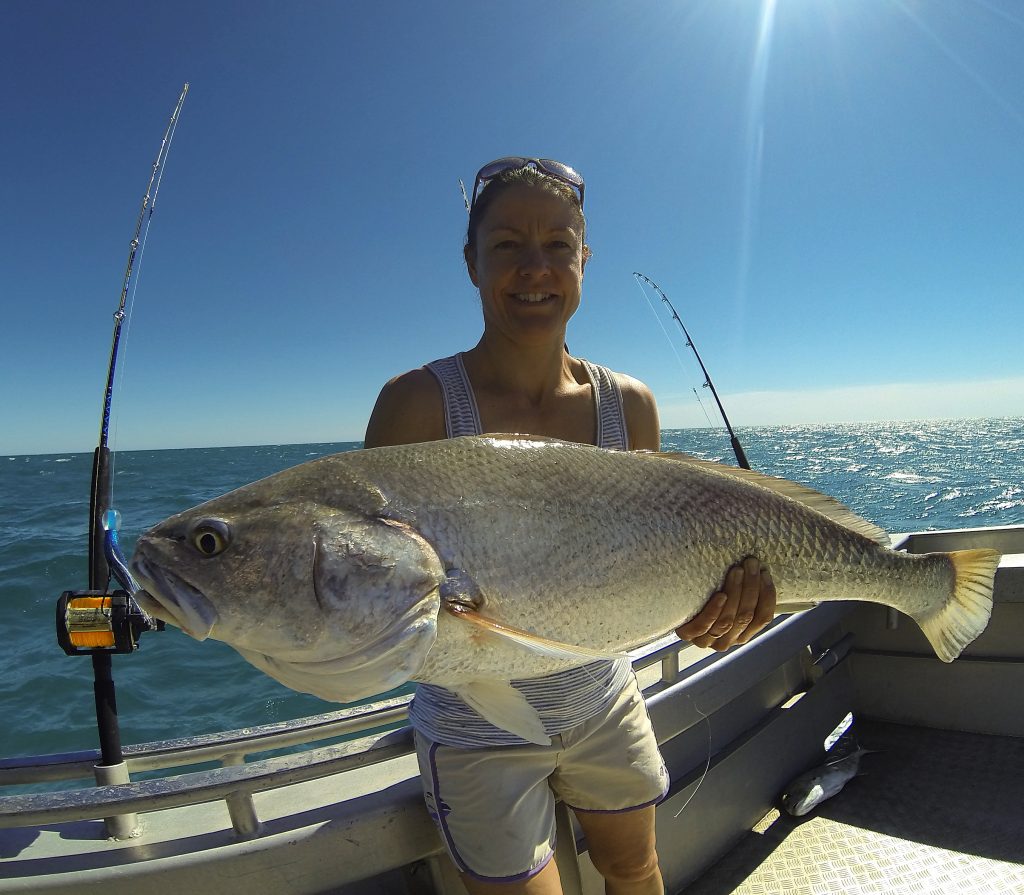 Flicking back through our Facebook and Instagram pics you can see there was no shortage of fish caught over the winter months. As in most places around Australia the fishing can vary from day to day…. Some days everywhere you go the fish are biting and other days you have to work a little harder. That is the beauty of fishing in Broome, even on the toughest days we can still find some fish on the bite somewhere. 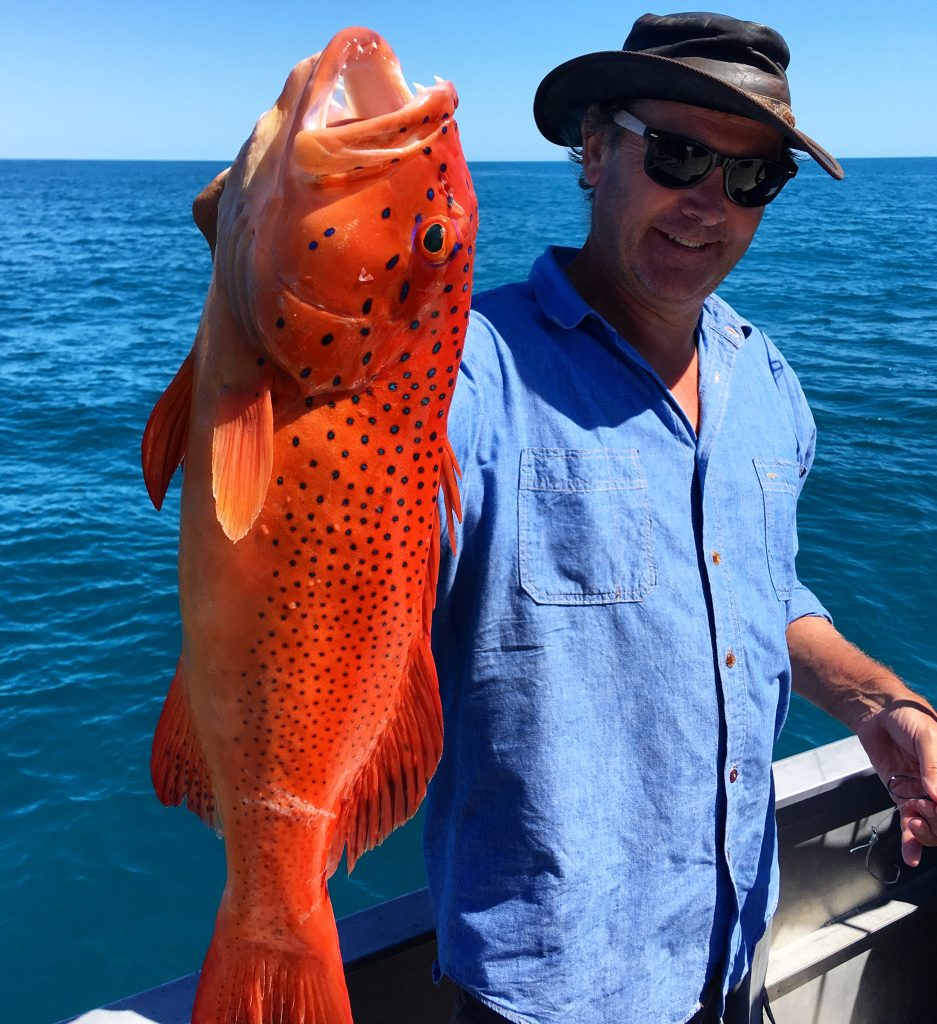 We had a tomato that came out on the lunch platter that was a dead ringer for Beyoncé’s ass. (Check back through our Instagram photos HERE if you don’t believe me!). A blue ringed octopus came up in the stomach of a blue line emperor. A Morton bay bug was found in the stomach of a cobia, a few months later we pulled a whole blue spotted stingray from another cobia stomach. We caught a fish I had never seen before… it was a red striped tuskfish. We caught a massive green-eyed squid on the mooring after charter one night. We had a tiger shark eat our underwater camera. We had bad weather and rough seas, a couple of passenger might have felt slightly ill…. Maybe a crew member or two as well. Then we had days where there was no wind, glass offs and silky-smooth oceans.

As you can see it was an eventful year. If you came out on one of our Broome Fishing Charters this year, we would like to thank you for giving us the opportunity to show you what the fishing in Broome is about. We work our hardest to make sure your day on board is everything you expect and more.

Thanks again!! We had some fun, made some great memories and we look forward to seeing you out on our Broome Fishing Charters again from March 2018.

Merry Christmas and Happy New Year to you all from Mick, Kel and all the staff and crew at Absolute Ocean Charters

How much does a Broome fishing charter cost?